I’ll bet when you think of ghouls and goblins and all things Halloween, Disney is not what first comes to mind, but the U.S. Disney Parks and Disney Cruise Line really know how to throw a Halloween party! My family has been fortunate to visit Mickey’s Halloween Party at Disneyland Resort, Mickey’s Not-So-Scary Halloween Party at Walt Disney World Resort, and Halloween on the High Seas on Disney Cruise Line. When my son was little, I knew it was a great safe way for him to dress up and go trick-or-treating. Plus, it was fun rather than scary. Now that he’s older, I have to admit we still trick-or-treat, but we are also able to enjoy the festivities in a different way.

To do these amazing parties justice, rather than try to fit them all into one post, I’m splitting into a three-part series. Last week, I focused on Disney Cruise Line. This week, it’s the Disneyland Resort in California.

Before I go into Mickey’s Halloween Party, I have to touch on the Nightmare Before Christmas overlay at the Haunted Mansion. The Haunted Mansion is taken over by Jack Skellington and friends! It is filled with devilishly wrapped holiday gifts and Jack, dressed in his Santa suit, makes an appearance in the graveyard near the end of the attraction. This overlay lasts from early in September to late December and can be enjoyed by all visitors, not just those going to Mickey’s Halloween Party. I should note – this is only done at Disneyland Resort in California. Haunted Mansion at Magic Kingdom in Walt Disney World remains unchanged.

Another holiday overlay occurs at Space Mountain. Outer space is haunted in September and October with Ghost Galaxy. From the Disneyland 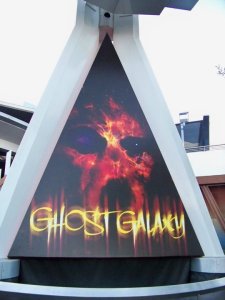 website, “As the universe’s newest explorer, you’ve been recruited to investigate a creepy cosmic phenomenon within the darkest regions of Space Mountain. But when your starship becomes mysteriously possessed by something sinister, your voyage takes an unexpected detour into a shadowy realm—an uncharted galaxy where haunted star clusters, supernatural supernovas and spine-tingling phenomena threaten you at every turn.” My favorite part is when one of the creepy ghosts follows riders around a curve. Again, this is something guests can enjoy whether going to Mickey’s Halloween Party or not, but is only at Disneyland, not Walt Disney World.

So, what is Mickey’s Halloween Party? It’s a special ticket event which means it is not included in regular Disneyland admission. Disneyland closes early on select evenings in September and October and is open from 6pm – 11pm for Mickey’s Halloween Party on Sunday through Thursday nights or 7pm – Midnight if the party is on a Friday night only to those who have a ticket for that evening’s party. Party ticket holders can actually enter the park, either Disneyland or California Adventure (although the party is only at Disneyland), three hours prior to the start of the party (3pm Sunday – Thursday or 4pm Friday) for a little extra time in the park. 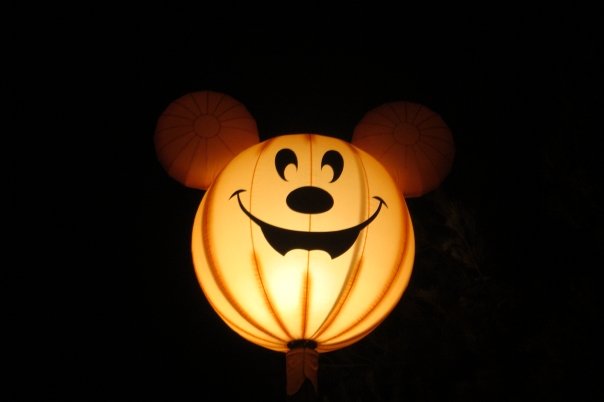 Trick-or-Treating – If you’re looking for a fun, safe place to go trick-or-treating with the kids, then you’ve found it. Upon arrival at the party, guests are handed a bag and a map of all of the trick-or-treat stations. There is candy or healthy options like apple slices or carrots and if you’ve made the rounds once but still want more, you can go around again. I’ve never seen them limit the number of times we’ve gone through a station. Plus, costumes are optional. I’ve seen entire families dressed up or just the kids. Just be sure to follow the costume guidelines.

Frightfully Fun Parade – Boo to you! If you haven’t seen the parade before, you’ll understand why I put that once you’ve seen it. The lyrics to the song are very catchy. Disneyland gets guests in the Halloween spirit with a special ride by the Headless Horseman. Shortly after, the parade begins with the Disney characters ready for Halloween. In the past, the parade has included multiple Disney princesses, ghosts from the Haunted Mansion, and, of course, Mickey and Minnie. For an extra splurge, purchase a dining package from Blue Bayou and enjoy a three-course meal and a reserved viewing location for the parade.

Halloween Screams: A Villainous Surprise in the Skies – An evening at Disneyland wouldn’t be complete without fireworks, right? They’ve scared up some special ones for Mickey’s Halloween Party. Join the “Master of Scare-o-Monies” Jack Skellington and his dog Zero for frightfully good projections and pyrotechnics.

Party Crashers – Well, maybe they didn’t crash the party, but they are villains. This is probably my favorite part of the party – one can see characters not often seen at the parks. In the past, we’ve been able to get photos with Maleficent, the Evil Queen, Cruella de Vil, and more. There have also been appearances by the Fab Five in their Halloween costumes as well as Jack Skellington and Sally. Character appearances are never guaranteed and are subject to change, but guests can see a schedule while at the party using the Disneyland app.

Dates for the 2018 Mickey’s Halloween party are:

Have I convinced you to go? I hope so. It’s lots of fun. If you’d like me to look into pricing for a trip to Disneyland, please send an email to Kimberly@TinksMagicalVacations.com. As always, if you book a trip through me, there are no additional fees for my services.